The Judge for the 40th anniversary AXA National Dairy Show has been announced. David Jones of Wiltor and Sahara herds fame in the UK will judge the national Holstein and Jersey competitions on Friday the 21st and Saturday the 22nd of October 2022.

The showcase of the best dairy show cows in Ireland will take place in its original venue of Green Glens Arena, Millstreet, Co Cork this year where the show ring has always been in the north Cork venue since the competition began in 1982. 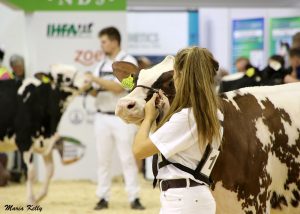 The herds that David Jones has been involved with have been no strangers to major show ring success with one of the most recent successes being Grand Champion Red Holsteins UK with Wiltor Chipper Rosie EX-93.

David has lived at Wilcrick in south east Wales on the border with England all of his life. He has been married to Claire for 33 years and they have three children Emma, Lucy and Matthew. 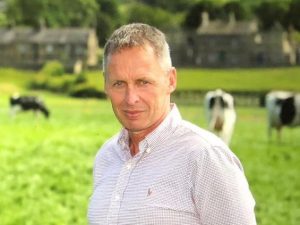 David and Claire farm together with Matthew at Church Farm and currently have 200 head of Holsteins including 80 milking cows registered with their Wiltor and Sahara prefixes.

In 2019, the Jones family decided to disperse the herd at that time only for one cow and a handful of followers while they diversified the farming business as a future business strategy. At that sale the cows and calved heifers averaged £8,226.

Included in the sale was Wiltor Silver Centerpiece, a grand-daughter of 2016 International Global Holstein Cow of the Year, who sold for £43,000. She went on to classify Ex93 as a third calver, which is the maximum score as well as winning champion at the UK Dairy Expo for her new owners Nick and Louisa Sercombe. 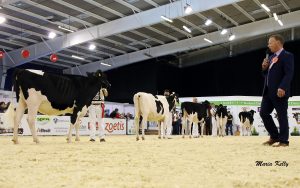 Since holding a successful sale in April 2019 they have invested in new cow families and are rebuilding their herd using an extensive embryo transfer programme.

David has been milking cows for over 40 years with the Wiltor and more recently Sahara prefixes and has been exhibiting cows for most of that time.

The other career highlights of his show career include winning Supreme Interbreed Champion at the Royal Show of England in 1997 and 1999 and more recently having much success at UK Dairy Day, UK Dairy Expo, AgriScot and the Royal Welsh Shows. 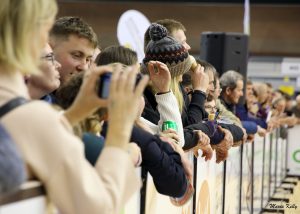 David was recently Master Judge at the Holstein UK judging school and has been privileged to judge at the majority of the top shows in the UK and Ireland. Some of his fondest memories have been judging in Ireland including his very first one at Clonakilty in 1994. Also judging at the Royal Dublin Show and the ‘Baileys’ a number of years ago.

Apart from family life and cows, David is a keen follower of sport, especially football, cricket and rugby.

The AXA National Dairy Show starts at 2PM on Friday next, the 21st, which will include handling and junior classes from 3.30PM while the main Saturday showring program kicks off at 9.30AM

The prize fund continues to be the highest of an Irish dairy show with a total available of €30,000. 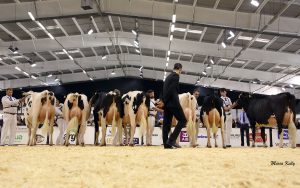 Organised by a committee from the Cork Holstein Friesian Club, the 2022 edition of the AXA National Dairy Show will include special celebrations to mark this ruby milestone and celebrate the growth of the show into Ireland’s premier dairy event.

David Jones is expected to be tapping out the 40th anniversary Irish Examiner Supreme Champion of the AXA National Dairy Show after 4PM on Saturday the 22nd.